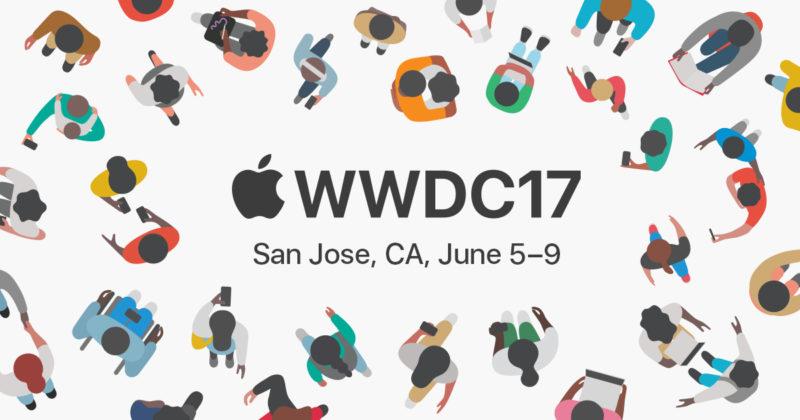 It's that time of the year again! Among all of Apple annual events, WWDC is probably my favorite. This year is already looking to be quite different since they are moving back to where they began in San Jose, instead of Moscone West in San Francisco which had been there go-to location since 2003.

This week is all about developers, and as a developer myself, I cannot wait to find out what Apple has in store for us in new software capabilities, APIs as well as potential exciting new hardware. So without further ado, here is my wish list for the WWDC 2017 keynote:

Last year, the Photos app was made smarter by machine learning, letting it search for specific objects, detecting faces, and automatically creating photo albums and slideshows with the Memories tab, all without sacrificing user privacy. This year with iOS 11, I expect the app to gain new features to better compete with Google Photos which is getting even better with recent announcements during Google I/O.

There's no doubt that iOS 10's headlining feature was the Messages app, thus I don't think there's going to be much on this for iOS 11. Though, the ability to reply to specific messages and rich text formatting are the top two features I wish Apple would add to iMessage. Telegram has a really good example on the former.

iOS 11 should also bring about more productivity and automation features to allow for more professional tasks on the iPad Pro, as shown in their ads. Since a popular iOS app Workflow was just acquired by Apple in March, I hope this means that they are indeed improving productivity and automation abilities on iOS. If I could only pick one feature in this category, the ability to manage clipboard history would be it. I suggest you check out Federico Viticci's recently published concept video of the direction he thinks Apple should take its iOS platform on the iPad.

Just this past week, there was a report that Apple is working on an AI-specific chip and might unveil it during WWDC. I think it's quite likely given the timeliness of this report. Knowing their philosophy, they would definitely highlight the security and privacy aspects they've achieved that Google or Amazon haven't with their AIs, and hopefully announce an API alongside it. This would also tie in very well with their existing AI efforts for the Photos app and their smart assistant Siri.

SiriKit, in my opinion, is still very limited and missing some really obvious features. An integration with audio library that would enable third-party apps such as Spotify and Overcast to be voice-controlled is on the top of that list. I'm pretty sure that they would add some new domains to allow more developers to integrate their apps with Siri.

Conveniently, this is a perfect segue to the next item on my list…

Siri In A Can

In my WWDC 2016 Predictions, I expected them to announce the Siri Speaker. Let's just call it Apple Home as Mr. Jason Snell cleverly suggested. It has been well over a year since this rumor first surfaced, and so far we still have nothing. I believe they will really do it this year. With Amazon announcing two new Echo devices within two weeks of each other, Google Home gaining some new capabilities, and even Microsoft getting in on this with the Cortana-powered Harman Kardon speaker, Apple really has to be working on something to bring itself into this market. It is definitely not too late.

Though, Siri still needs a lot of improvements if it were to compete with what's currently out there, and I'm sure that Apple certainly has the technical and marketing prowess to blow those out of the water with this Apple Home. Their vision on HomeKit as shown in this video indicates that they are invested in the smart home space, and a device that brings it all together makes a perfect sense. Though knowing Apple, I wouldn't be one bit surprised if this device starts at $299.

Another recent report says that Apple will refresh the MacBook Pro as well as MacBook Air at WWDC to compete with the recently-announced Microsoft Surface Laptop, and to "win back disappointed loyalists". I doubt that will happen. And even if it does, the reason is definitely not because Apple needs to compete with Microsoft in the laptop market. MacBook Pro's sales number dwarfs that of Microsoft Surface's (or any other company's for that matter). I really don't think Apple cares very much at all about them.

However, this doesn't mean that they should just forget about their MacBook Pro for the next foreseeable future (like the Mac Pro). Quite the contrary, in my opinion. An updated MacBook Pro would certainly make a lot of people very happy, especially myself since I'm writing this very sentence on my mid-2010 15-inch MacBook Pro (that is plagued with occasional GPU panics). I have been holding off on getting a new MacBook Pro due to the current generation having received a mixed response, and I hope that this hypothetical refreshed MacBook Pro would address some of the main criticisms such as the outdated Intel Skylake chip, lack of 32GB RAM option, inconsistent battery life, and the flawed keyboard. All they need to do is to have Phil Schiller say something along the line of "While the new MacBook Pro with the revolutionary Touch Bar was a great hit among our users, we also listen to those of you who say that there are still rooms for improvements. Today we are making our best laptop even better."

In a stunning turn of events, Apple invited a selected group of journalists over to its campus to discuss the future of the Mac Pro back in April. They admitted that their current "trash can" Mac Pro has critical design flaws that have been preventing them from sufficiently updating it, and revealed that they are hard at work on designing the new Mac Pro which will not be ready this year. There is a lot of speculation as to when Apple came to this decision, but all signs seem to point to that this decision was made no longer than 3-6 months prior to the announcement (and quite possibly mere weeks). This means that it's likely that we won't see the new and "completely rethought" Mac Pro until the end of 2018, or even 2019.

This doesn't mean that they have nothing to show during WWDC. I really hope that they have at least the design of this new Mac Pro to show off to developers. It would definitely soften the "Apple doesn't care about professional Mac users anymore" narrative it's been getting lately.

They also revealed that an updated iMac aimed at professionals is coming this year, so I guess this is when they would show off the hardware and announce the release date.

This rumor has been around for quite a while, but it seems like they might announce a 10.5-inch iPad Pro at WWDC, which would then ship later in the fall. I'm indifferent to it but like I have said above regarding iPad productivity, and iOS in general, this product would be a perfect device to showcase iOS 11 as well as an indication to what the updated 9.7-inch and 12.9-inch iPad Pro might look like.

I honestly cannot think of features that are really needed in the next version of macOS. The current generation of Mac operating system has been around since the turn of the millennium and it is already a feature-complete, fully matured platform. Of course there are small things they can improve here and there such as a system-wide dark mode (please?), but gone are the days of frequent major updates to the OS.

One thing I definitely would count on them to talk about — if not during the keynote then one of the sessions — is the new Apple File System (APFS). It was only last year when they announced that they were developing an entire new file system to replace its now ancient HFS+, and promised to roll this out for all of their platforms in 2017. With the recent iOS 10.3 update, hundreds of millions of iOS users worldwide are already using APFS. macOS Sierra, however, has only gotten a beta version of that. I think the release of macOS 10.13 later this fall is a perfect opportunity for this.

Oh and can we get rid of that antiquated iTunes and come up with something better?

I know this is not an Apple product per se. But, in a way, this is a product by Apple. Its most expensive one in fact. I highly encourage you, dear reader, to check out this excellent article by Steven Levy on Apple Park and what an incredibly ambitious project it is. This will either be at the very beginning or the end of the keynote where Tim Cook tells us more about the campus and how beautiful, innovative, and environmentally-friendly this building is. There's no doubt that this has been distracting a lot of important design talents within the company, including its design chief Jony Ive himself. It makes you wonder if this is what has been causing Apple to release some arguably lackluster products in recent years, doesn't it? Still, this is one hell of a building and I cannot wait to pay a visit one day.

So would all these really fit within the two-hour window? Probably not. I suspect they would spend most of their time going through new features in iOS, watchOS, and macOS and leave little time to announce new products. But all this is just a speculation, we will find out for sure comes June 5th.