So last week I went to a Thai festival called, Loy Krathong at a Thai temple here in Auburn. It's a festival that we celebrate every year. According to Wikipedia, the name's meaning could be translated to "Floating Crown" or "Floating Decoration." 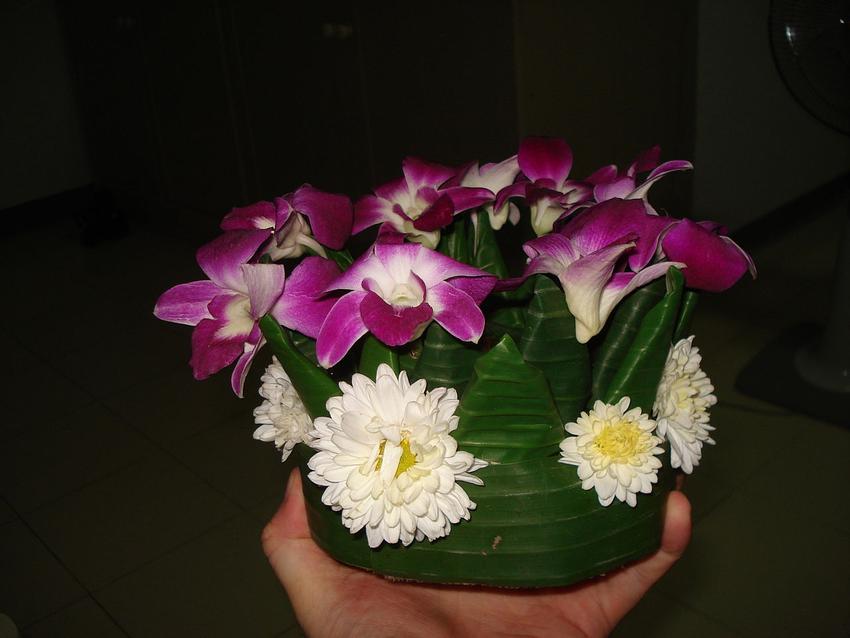 In Thailand, we celebrate this festival by floating these "Krathong" (Crown/Float/Decoration) on the evening of the full moon of the 12th month in Thai lunar calendar. So it's someday in November. This year it is on the 28th of November.

Since I'm going to college here in USA, I didn't get a chance to celebrate this in Thailand (for 4 years in a row). So the Thai Student Association created an event for not only Thai student but for anyone who was interested to celebrate this tradition at a Thai temple. 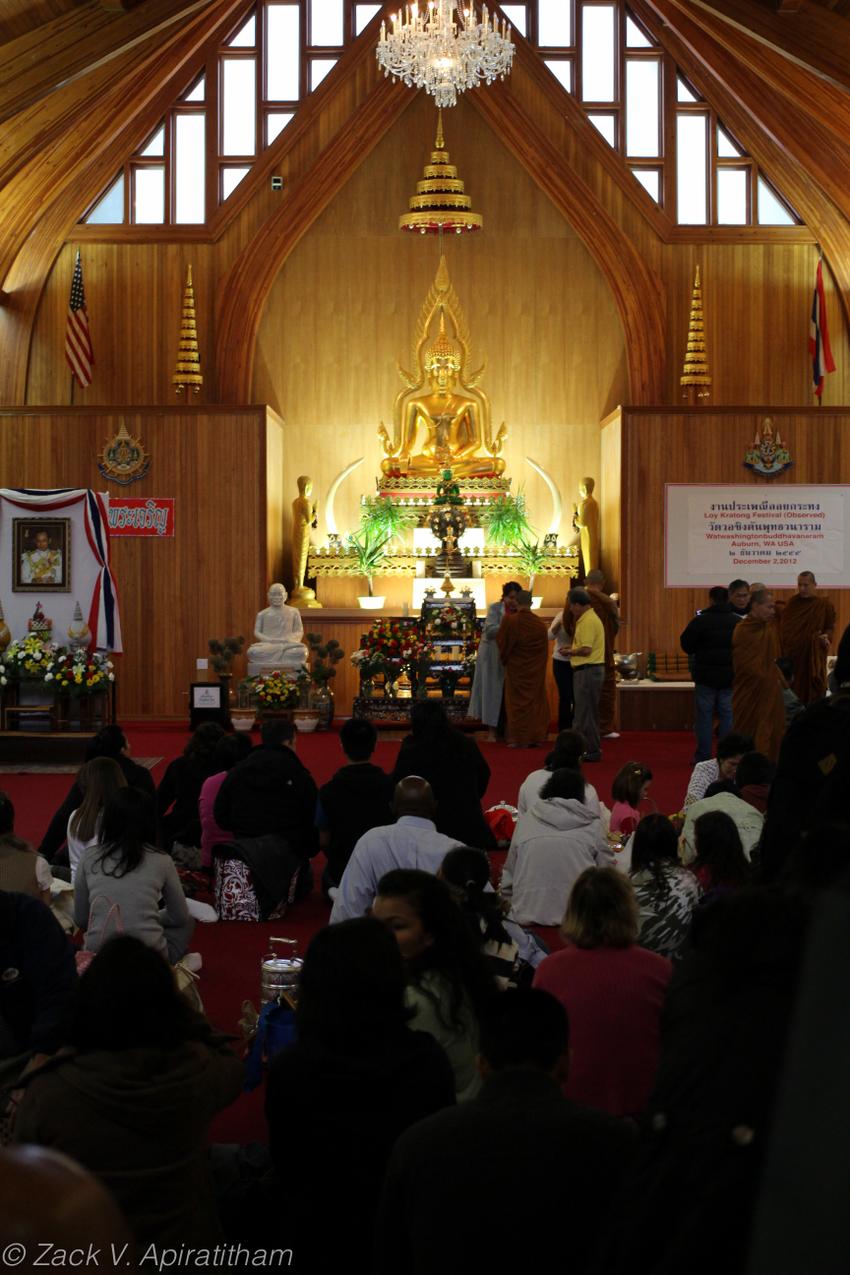 We went to this Thai temple called, Wat Washington Buddhawaram on Sunday last week. The temple hold a Loy Krathong event for anyone to join and learn our tradition, so there are a lot of Thai people as well as some Americans at the temple on that day. A lot of them brought food, some of brought their homemade Krathongs. For those who didn't make one, the temple was also selling their handmade Krathongs. 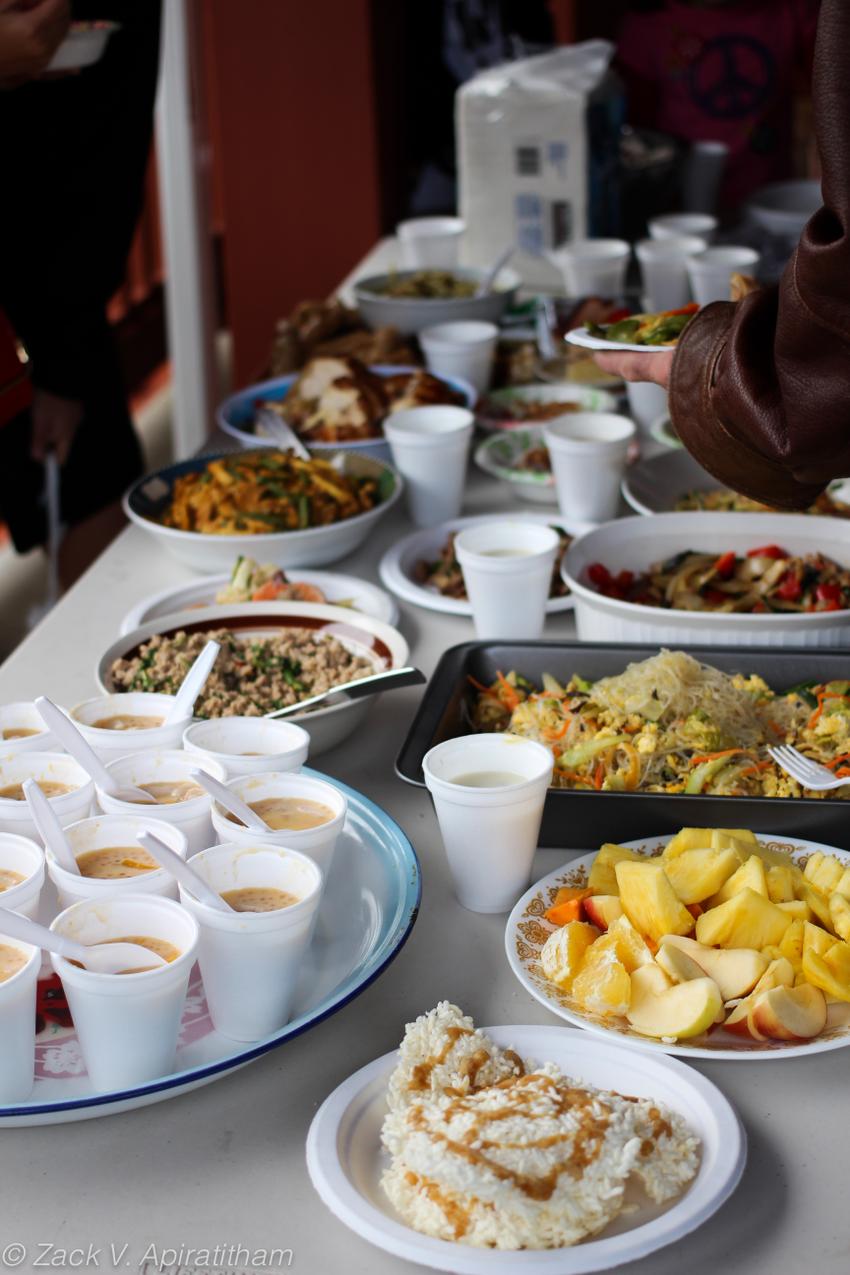 The food are just really good. Maybe that's also because I haven't had any Thai food in a while and I really miss how delicious Thai food is. So, yeah, I enjoy the food a lot.

Oh and we prayed too. It's been a long time since I attended the praying at the temple. 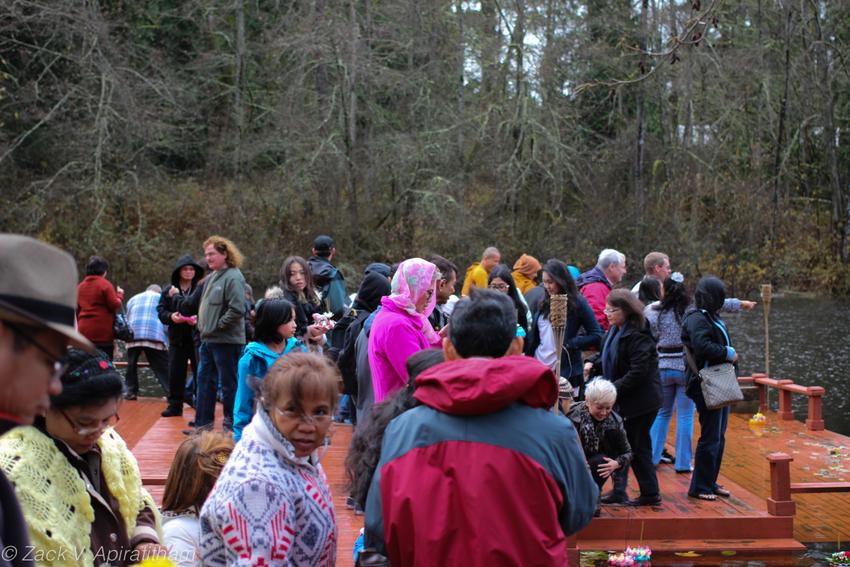 Out at the pond 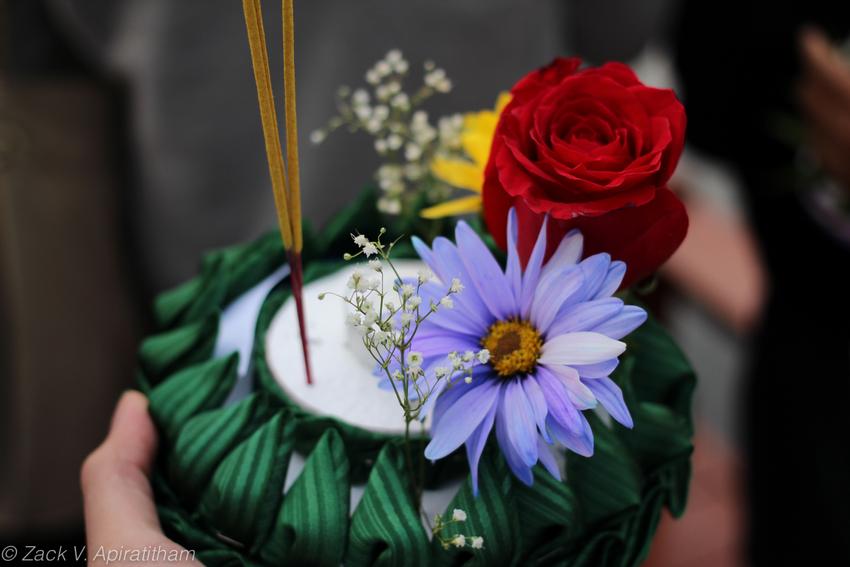 We came back to the campus in the late afternoon. It was a really fun event. I got to meet some other Thai people/students in the area, floated my Krathong, and most importantly, savored the deliciousness of homemade Thai food. Let's do it again next year!