An Animal of No Significance 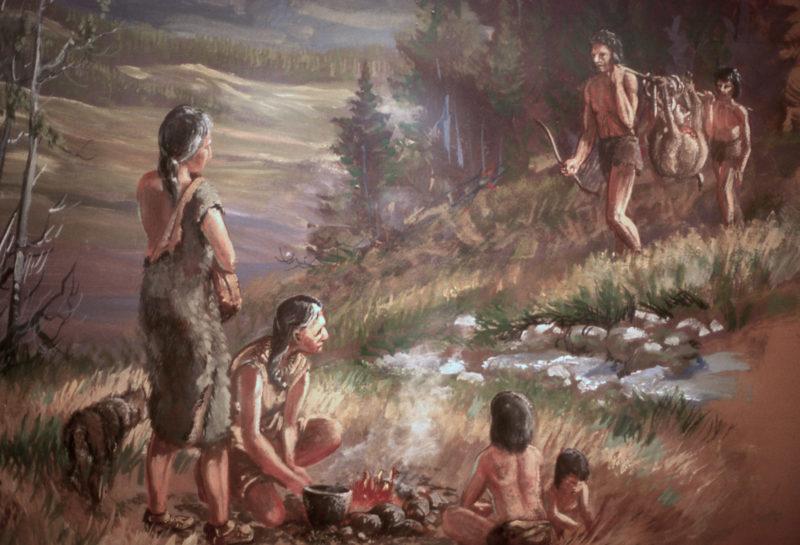 In Sapiens: A Brief History of Humankind, Yuval Noah Harari attempts to tell the entire history of humans in a length of a book. He started off around the time when modern humans first appeared, two million or so years ago when we were not that different from apes. In the first chapter, he writes, "The most important thing to know about prehistoric humans is that they were insignificant animals with no more impact on their environment than gorillas, fireflies or jellyfish."

Of course Homo sapiens, or "The Wise Man", was not the only human species roaming the earth at the time. There were Homo neanderthalensis in Europe and western Asia, Homo erectus in Asia, Homo soloensis in Java, a dwarf species Homo floresiensis on another Indonesian island, Homo deniosova in Siberia, Homo rudolfensis, and Homo ergaster in East Africa. They were all human beings. Imagine if one or a few of those species survived until today, what would religions, human rights, nations, or laws be like?

Interestingly, all other human species vanished and Sapiens is the only one left. Harari proposed several theories as to why that is the case with one being the competition of resources which turned into violence and genocide. "Tolerance is not a Sapiens trademark", Harari writes, "In modern times, a small difference in skin colour, dialect or religion has been enough to prompt one group of Sapiens to set about exterminating another group." So it is safe to assume that our ancient ancestors would not be so friendly towards an entirely different human species. The meeting between Sapiens and Neanderthals and the resulting extinction of the latter could very well be the first and most significant genocide in human history.

Just how then did Sapiens manage to push a stronger species with bigger brains like Neanderthals to extinction? It was just another human species with nothing more special than others. Harari believes that this has to do with its unique language. Around 70,000 years ago, Sapiens experienced a Cognitive Revolution which scientists commonly believe happened due to some accidental genetic mutations that changed certain wirings in the brains. This caused Sapiens to be able to think in an unprecedented level and develop its unique type of language found in no other human species. This did not only enable them to gossip about tribe members or warn them about predators in the area with details beyond a mere ape can, it also allows them to transmit information about things that do not exist at all. Things such as gods, heavens, or nations.

These fictions maybe seem useless for surviving in the wild, but they enabled Sapiens to collaborate and work towards common goals unlike any other species. Sure, wolves, bees or killer whales do cooperate and have their own languages, but they only do so with a small number of closely related members. Believing in the 'common myths' such as the biblical creation story, the divine rights of kings or popular sovereignty gave Sapiens the ability to cooperate with a large number of people which led to our affluent society today.

Modern Sapiens walking the earth now may see certain rituals such as dancing around a campfire during a full moon or praying to a lion god as 'primitive', but our society today functions on the exact same basis. These ideas such as business corporations, financial institutions, nations, democracy, human rights, freedom, gods, and laws only exist in our collective imagination and yet we act as if those things really exist. Lawyers today are just modern sorcerers who tell far more complex and stranger tales.

Without imagined realities or social constructs, the society as we know it would certainly cease to function. If everyone stopped believing in financial institutions, limited liability companies, laws, or governments, the economy would collapse and nations across the globe would fall into chaos. The world we live in today is the result of a successful storytelling effort to convince millions of people across millennia to believe in these common myths. It would be impossible to build great mosques or empires spanning half a continent if we could only talk about things that really exist in the world such as trees, mountains or tigers.

We are all living in dual reality. One is the objective reality of things that we can see, touch, and smell and the other is an imagined one of things that only exist in our minds. As Harari puts it, "As time went by, the imagined reality became ever more powerful, so that today the very survival of rivers, trees and lions depends on the grace of imagined entities such as the United States and Google."